A poorly designed web page or form can be a source of frustration for clients but consider for a moment how much extra work results from clients calling because they can't find the information they need or don't understand your form. Furthermore, your people end up chasing incomplete or incorrect information to do the job. Why does this happen? 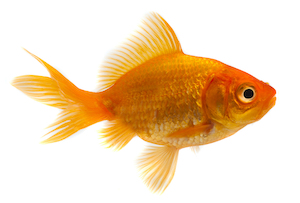 The ability of clients to pay sustained attention is at an all-time low, yet our application forms, procedure manuals and websites continue to be written as though the user had a full day to sort through them.  They are often written in the language of the expert, not the user; and designed for the service provider, not for the citizen – no wonder that in some cases 75% of front-line staff time is spent on preventable work – answering preventable questions, clarifications and user errors instead of delivering value.

In 2013, at a large federal regulatory agency, a team of engineers and administrative staff mapped the process to grant permits for companies to perform a hazardous, regulated task.  This team was given a mandate to use Lean to deliver a permit more quickly, and also to free up the capacity of its engineers to address the backlog of not-yet-developed standards and regulations required to protect Canadian citizens.

When the team conducted its analysis, it discovered that fewer than 20% of the applications were filled in correctly, meaning that an engineer would have to track down eight applicants out of ten to adjust the incorrect or missing information or to clarify the request, usually resulting in numerous back-and-forths.   All told, these engineers were spending upwards of six hours per application on Failure Demand/Preventable Work, and less than three hours per application on the high-value work of assessing safety.  Not a surprise, then, that they were able to spend almost no time at all on creating standards and regulations.

Why does this happen?

First of all, our processes tend to be invisible.  It is difficult to manage or improve what you cannot see.  One of the things that this team was not able to see was that its applicants failed 80% of the time in completing the application task because the form was:

The time and effort to complete the task exceeded the attention span of the applicants, so they submitted incomplete and incorrect application forms. The Goldfish Effect.

“If I had had more time, I would have written a shorter letter” -- Attributed to Mark Twain (among others)

It can take time and effort to get things right the first time – but when you look at how much effort and waiting time are created by the resulting preventable rework, the savings make this upfront investment a no-brainer.

What can be done?

Find out which forms create the most preventable work in your process.  One HR Service Request Form in a Federal department yielded a 0% complete and accurate rating – meaning that the user never got the request to staff a position correct on the first attempt. This resulted in overworked HR advisors spending time chasing overworked hiring managers to find out what they were trying to accomplish, creating extra hours of preventable work and often two additional weeks of waiting time. A vivid pain point is most likely to get attention and action from the required stakeholders.

Observe users trying to use the actual forms/instructions/website.  Where do they get stuck? Where do we prompt them to do the wrong thing? Where do we use jargon that they don’t understand?

It is tempting to invite your “best customers” to provide this feedback – after all, they are typically the most willing to help out.  The problem is that they are usually experienced users and will often make your process work for them regardless of the form or instructions.  Instead, observe your worst users.  If you can make those people successful on their first attempt at the task, then you have truly improved and will experience a significant reduction in rework.

And, no, don’t expect a survey to provide this information.  It is only when working through the actual application form that a user can express what really works and what does not.  If you cannot observe actual users, apply the Hallway Test.  Grab a passerby with no background in the process and have them walk you through the form.  They will tell you what doesn’t make sense or isn’t understandable.  Not ideal, but a starting point.

Based on the above feedback, prototype a new form/interface (ideally co-drafted with users).  How do you capture the attention of attention-deficit users?

Next, put the new form into practice on a limited scale to learn if it has increased the user’s success rate, and reduced preventable work.  Only after you have proven that it works in a pilot, expand its use.

To Discuss Your Needs

To get started, perform the “Hallway Test”. Get someone who does not know the form or the process and ask them to read it through and give you their thoughts.  They will often point out quick wins and suggestions to improve forms.  A low-cost, low-effort way of identifying current gaps and making a case to go deeper.